Like everyone else, I spend a lot of time on the internet.  My journey starts out on Facebook, then I click off to ready about the 28 best Scottish tweets, then click through to Wikipedia to look somethings up, then over to a news site then an article on Mashable, and so on and so forth.  This circut can last a good hour or more a day, just a drop in the ocean of what is on the internet. And like the ocean, the vast majority of it washes past me without taking any real notice of what I’ve read.  Bit sometimes, something remarkable sticks.

Earlier this week, I read this article about Brene Brown’s new book Rising Strong (via Lottie). The idea that life and movies have a difficult second act:

In the first act, the hero is introduced, the adventure presents itself and the hero accepts the adventure. In the third and final act, there is some sort of resolution and redemption. But the second act is basically a shit-show. Everything goes wrong.

Rather than being something that you can skip over, Brown writes:

it’s a non-negotiable part of the process. Experience and success don’t give you easy passage through the middle space of struggle. They only grant you a little grace, a grace that whispers, ‘This is part of the process. Stay the course…’ The middle is messy, but it’s also where the magic happens.”

Other than immediately putting Brene’s book on my wishlist, the article really hit home and it rings so many bells for me on so many levels. On a project level, the middle bit is where I chuck my crochet across the room and cry, swearing I WILL NEVER DESIGN ANYTHING AGAIN. On a business level, the enthusiasm of early entrepreneurship wore out some time ago and I am at this middle bit where there is so much work and so little motivation to do it. When I think about it there is no part of my life where I can’t see that process at work – from chicken keeping to keeping the house tidy.

I have to be honest, things haven’t been that great here for some time. I know that I have hinted at it on and off for the last year or so – burnout, struggles with the kids, making a living in a low paid industry is fucking hard. It feels like all we do is run from some catastrophe to another. This week – more of the same. But this idea  – that it is normal, that its part of the process, is a life raft through it all. I suppose its the same when you suffer from a mysetry illness, only to get a diagnosis.  Having a name for it doesn’t change anything about what you are going through, but at least you know what it is.

So here is to the second act. And to last minute costumes for Charlie and the Chocolate Factory. And to a weekend full of wool, wood fires and enjoying the small things, even if the big ones are hard. 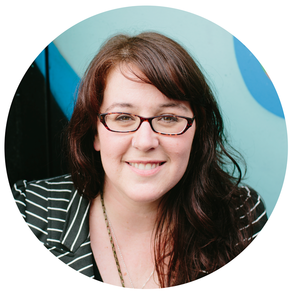